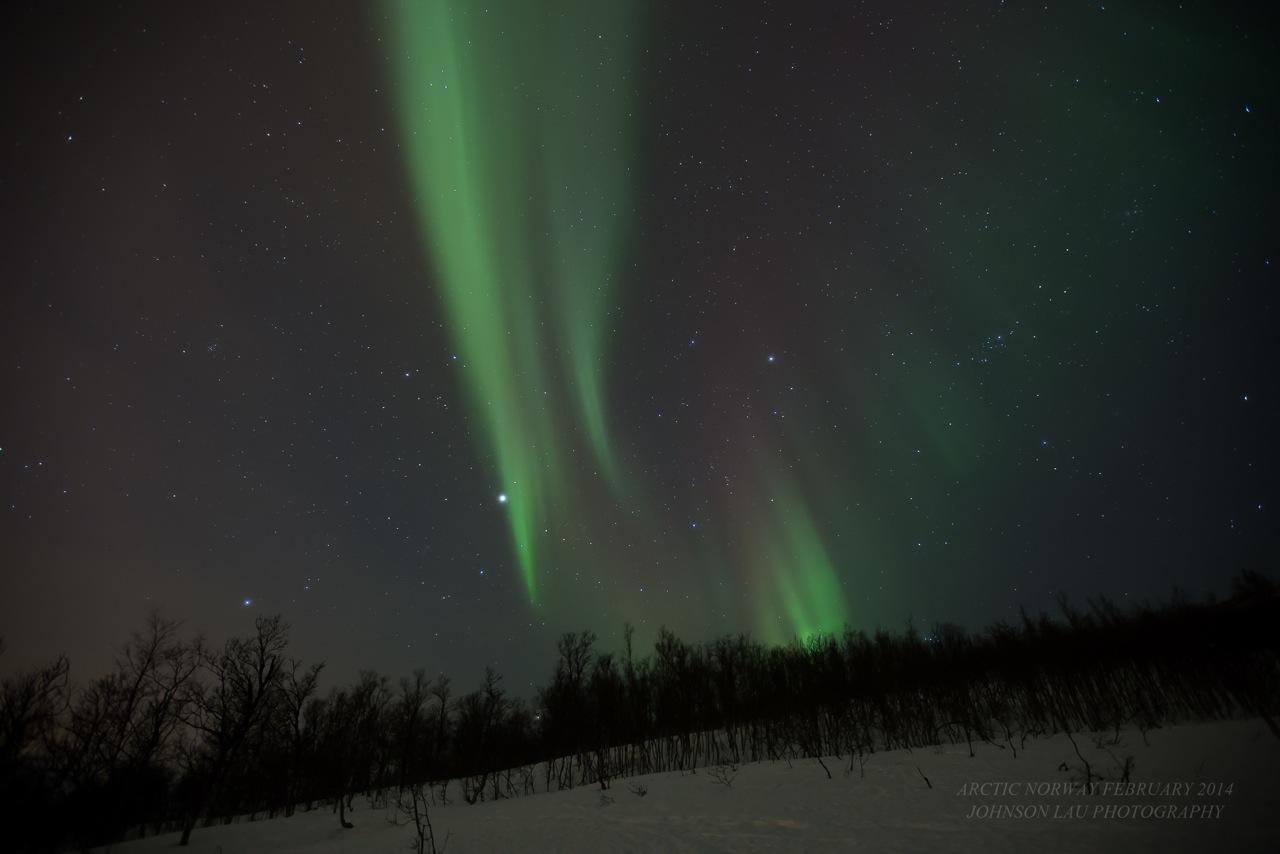 Where it all started…

I guess this is where it all started… February 2014. It was minus 20°C in Norway, and my friend and I had been walking in snow shoes for an hour through the deep snow. We reached a wilderness hut, where we found shelter from the cold wind and waited for several hours (thank god for the inventors of the hip flask and whiskey). When our tour guide said it was time to head back to the van, it was past midnight. We’d given up hope to see the northern lights that night, because it was so cloudy that even if they were there, they wouldn’t have been visible. Just when we were heading back, the clouds started to disappear, and a green light slowly started to materialise. It grew stronger and stronger, until it circled almost the entire sky. We watched the curtains unfold and collapse again, grow more intense and change colours, from yellow to green to reddish. Lying on my back in the snow, watching this fantastic display of nature, I knew I would remember this moment for the rest of my life. It was magic.

People often ask me: “Why would you choose to go on a sabbatical now? There’s a crisis going on. People are being made redundant everywhere. Why would you take such a risk?” – thereby implying that I am, in fact, a bit crazy.
You see, I don’t see this as a risk. As a typical generation Y’er, I know there’s no such thing as job security. Who knows when this crisis is going to end? The job I will be doing in a few years, probably doesn’t even exist yet… And that’s ok. It doesn’t bother me not to know. It may be a good surprise or a nasty one, but there’s no point worrying about it now.

Lying on my back in the snow, I was thinking that I needed to take some time off. I love travelling, seeing the world, and while my family thinks I am away far too often already, going on holiday for two or three weeks at a time is just not the same. Taking a few months out of your regular routine is like a reboot. Checking in with yourself, your mind, your body and your goals, how you feel about the life you are currently living. Travelling gives you an opportunity to make changes, resolutions, and create experiences and memories that will last through to old age.

I’m young, I’m healthy, the time is now. So this is me, jumping.