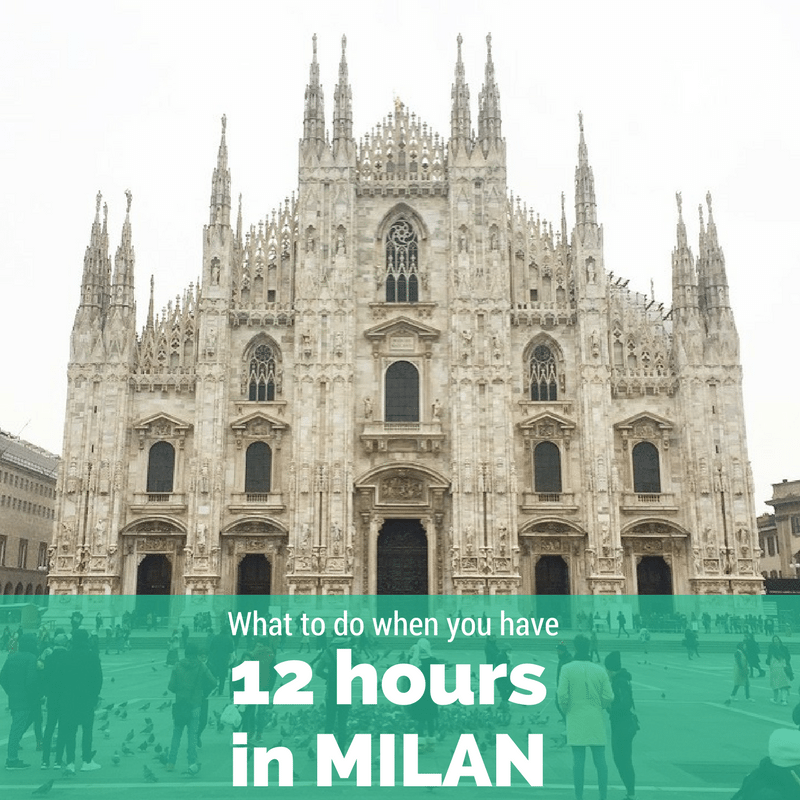 I had the most brilliant idea. To spend a day in Milan, in January, and not bring a winter coat. The weather forecast said it wouldn’t be that cold, and I figured after spending time in the Himalayas and Belgium, I got quite used to the cold again. WRONG. And it snowed. So what more excuse did I need to explore plenty of coffee shops during the day? Ha!

Powered by all that coffee, I walked through most of the city. I just started heading into the city randomly from the bus station, and weirdly enough, I end up on a shopping street (must be one of these settings from my previous life that I haven’t quite adapted yet). Eager to get away I found Pause, this adequately named quaint little coffee shop (coffee #2). (I did get up very early to get to the airport.) Un cappuccino e un cornetto per favore. My Italian seems fine after 13 years of not speaking it ;-).

What happens when you walk through a city randomly is that you find these hidden treasures, especially in Italy. There are so many beautiful piazzi, palazzi and courtyards. 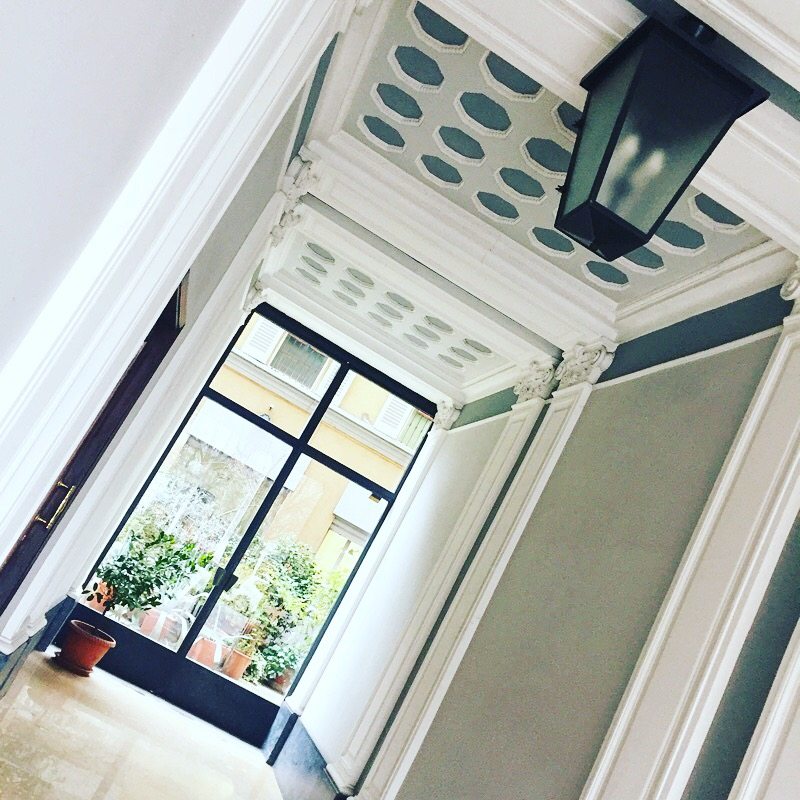 I decided to go to the Duomo – you have to have seen it when in Milan, right? I thought I was smart when I downloaded the city map beforehand on my phone through Maps.me (one of my favourite travel apps), but it was soooo cold my phone battery decided to die. And the paper map I got at the airport had only half of the street names on it. Not so easy to find, this one. Next coffee to unfreeze my phone! (and me) 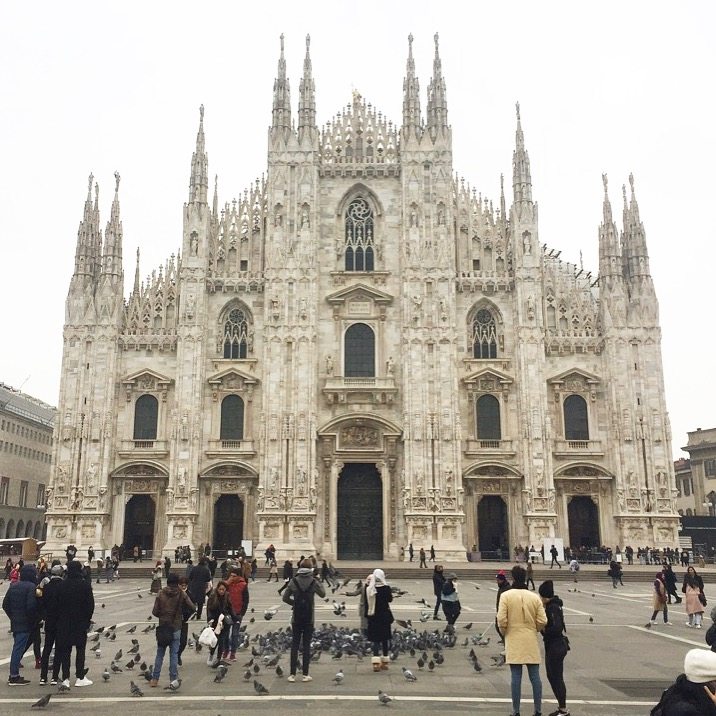 While I was there, I hopped into the famous antique shopping mall Vittorio Emanuele. Not really for my budget, but at least here I was safe from the pigeons. 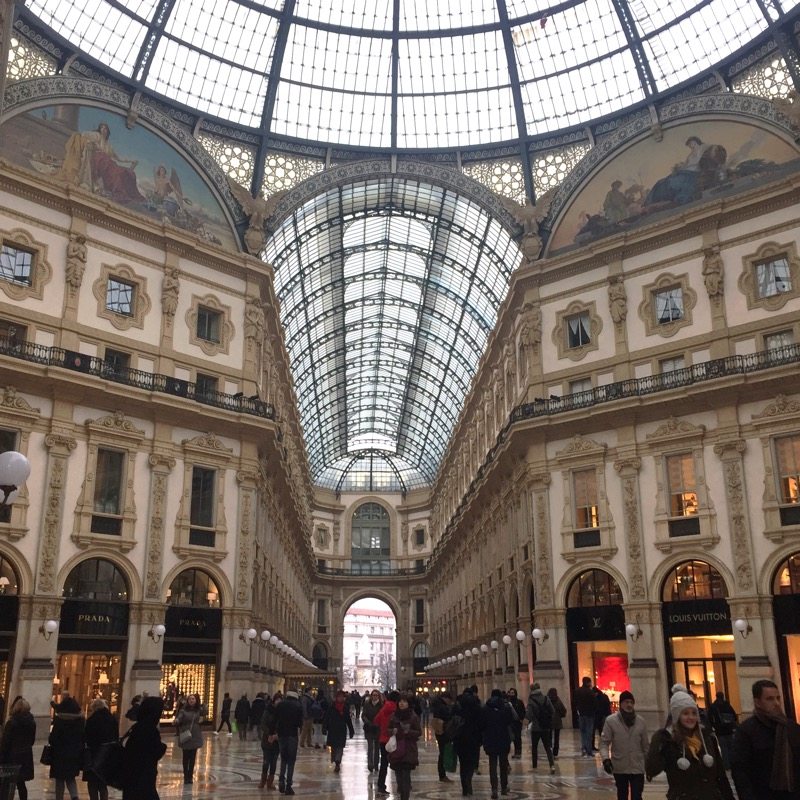 On the awesome map mentioned before I also saw water. Now, whenever I see water on a map, I HAVE to go there. They’re usually the nicest places in the city. In this neighbourhood, Navigli, there are dozens of restaurants and bars, and some really nice shops (really, that setting). I am sure it is a very nice area to stroll around in summer time. Aaah great, it’s lunchtime! *start defrosting process again* 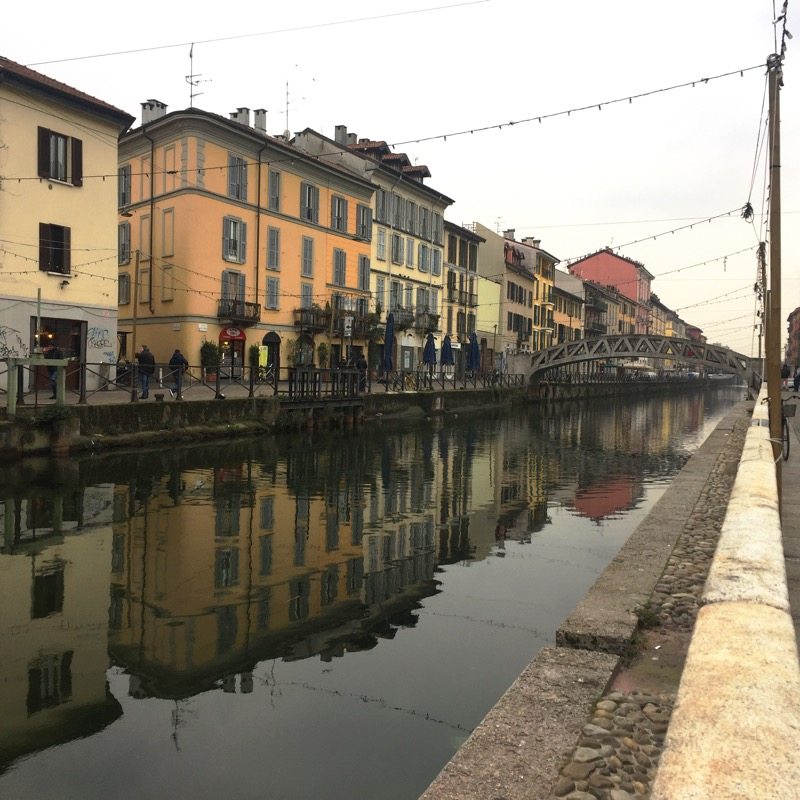 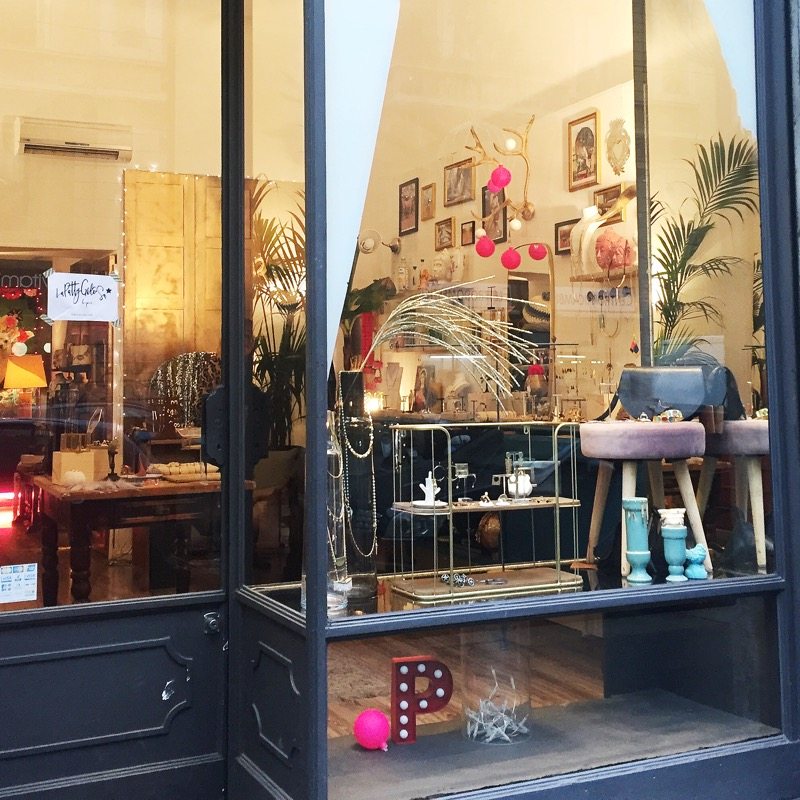 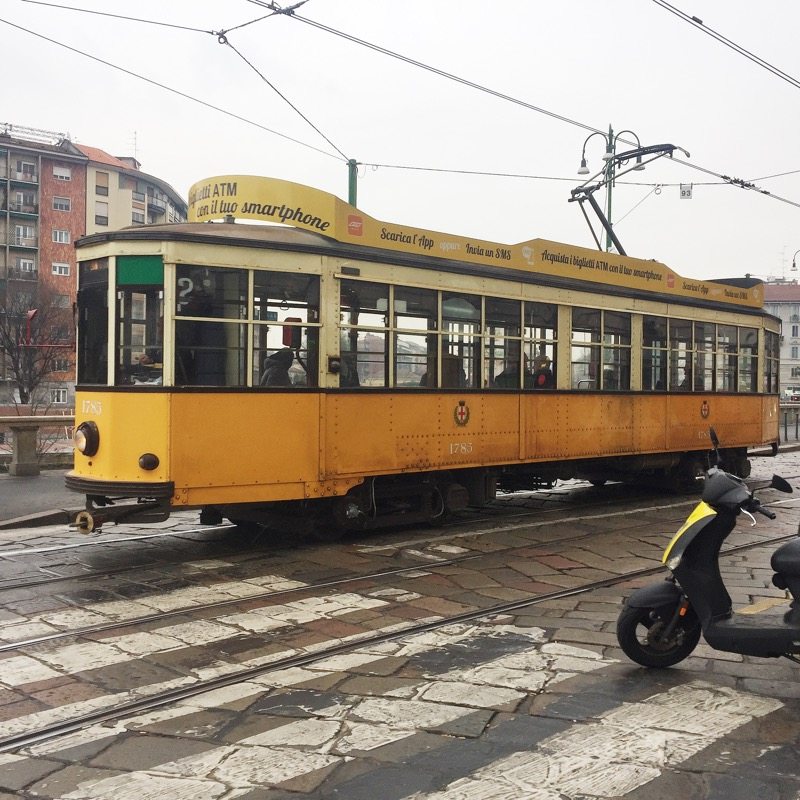 Feeling reinvigorated after a carb-filled lunch I went to see another church. After all it’s Italy, right. I like going into churches, especially ones that are so old. If those walls could talk… Sant’Ambrogio is a 4th century church with a beautiful courtyard, and inside the crypt there are the remains of Saint-Ambrose, a martyr for a cause that is now long forgotten. There is a solid gold altar, which is quite impressive. *So bling* ;-) 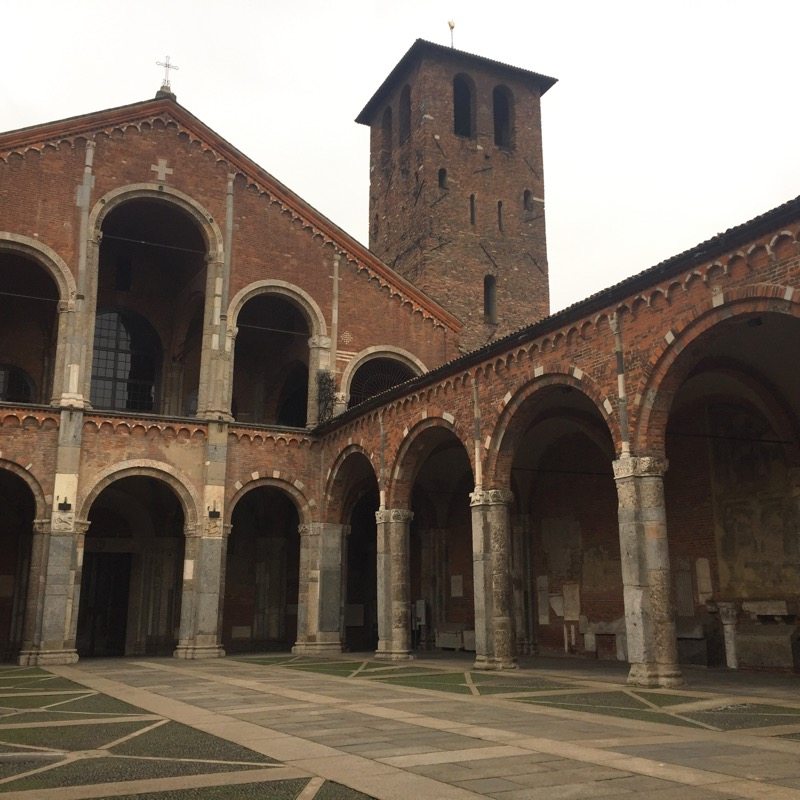 I can’t do this anymore. I took the metro from the south to the north of the city. Could it be that my feet were shrinking because of the cold and causing me blisters?? I was wearing my running shoes. Which I have used a lot already. Really!
I wanted to go to Carla Sozzani gallery at Corso Como. The photography exhibition they had on at the time was quite disturbing (so great). And they have a great café. Ow yeah! Cozy. 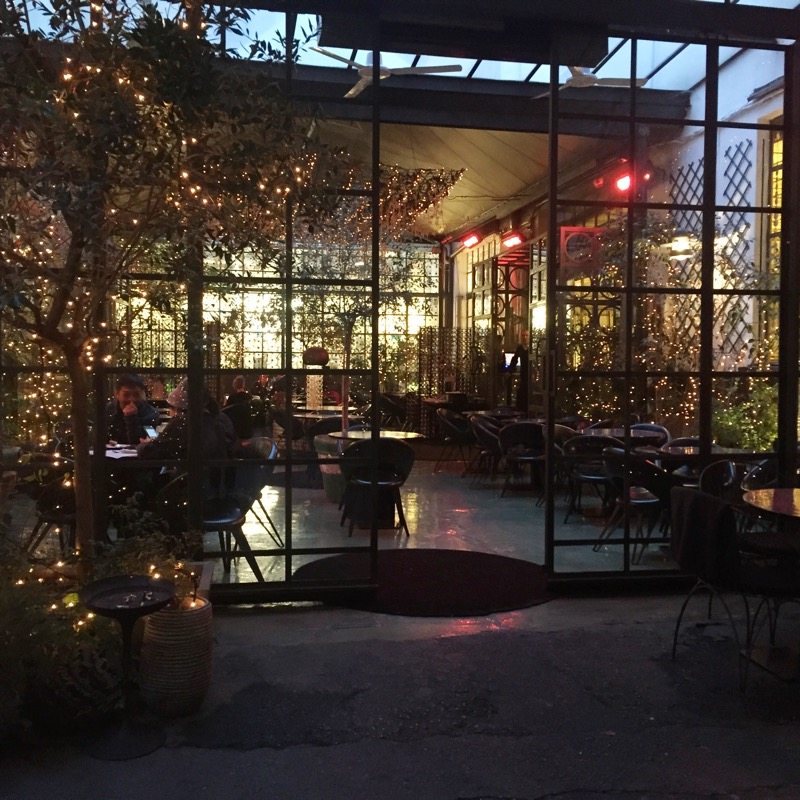 I could easily spend more time in Milan. But it was time to go, I had a flight to catch. Arrivederci Milano! 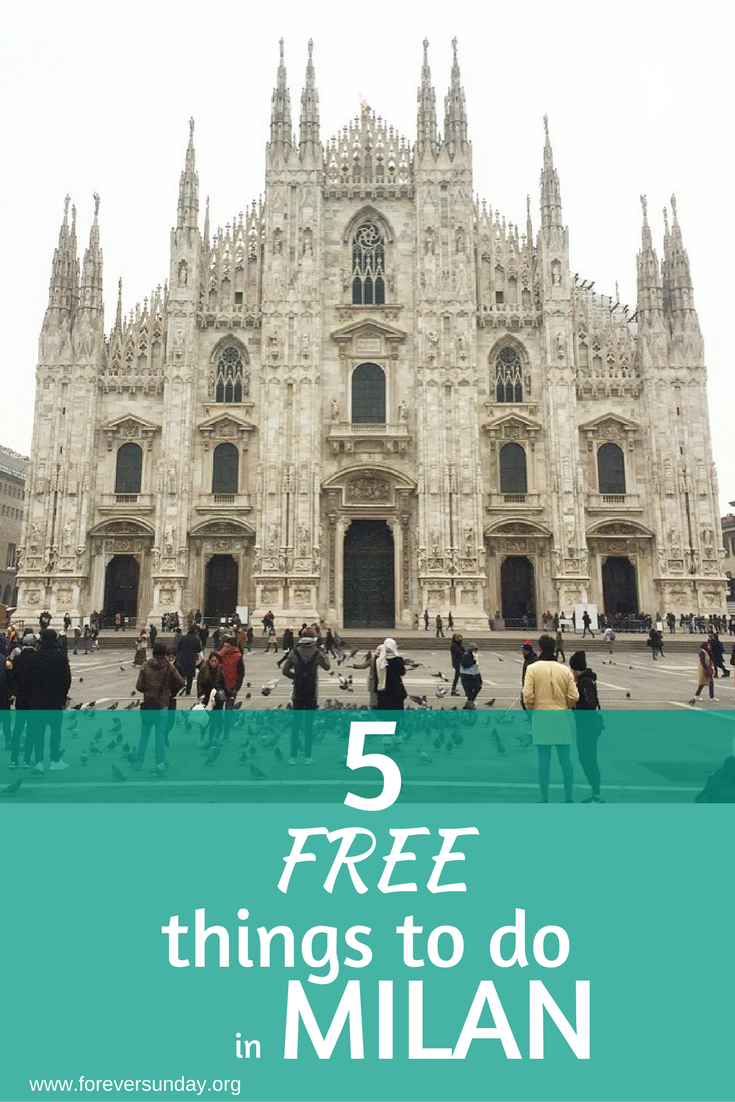