Vegan vs plant-based vs ayurvedic food: what is the difference?

Vegetarian, vegan, plant-based, ayurvedic, glutenfree, paleo, keto,… There are lots of diets or ways of eating these days. Can you still follow? Today I will explain to you what the difference is between vegan, plant-based and ayurvedic food. Let’s start with vegan.

Vegans eat nothing that either was an animal or is produced by an animal. Vegans don’t eat:

This is not so much about ‘eating’ vegan: it is more about ‘being’ vegan, and that includes food. ‘Being vegan’ is more of a lifestyle choice than a diet. Vegans don’t wear leather shoes or wool clothes. They don’t use cosmetics that have been tested on animals. It is all about the protection and non-harming of animals.

A common misconception is that eating vegan equals healthy eating. If you’re eating crisps, chips, corn flakes and Oreos, you may be eating vegan, but of course that’s not healthy eating. (About Oreos: they still contain palm oil, so technically if you identify as a vegan you shouldn’t be eating them… For the sake of the chimpansees who are close to extinction because of loss of their habitat through the palm oil plantations…)

Of course there are lots of vegans who do advocate a healthy lifestyle, but the biggest concern is animal rights and protection. That brings us to plant-based eating.

Plant-based eating (or sometimes called whole foods plant-based diet or WFPB diet) is exactly what it sounds like: your diet consists mainly of plants. They can be fruits, veggies, grains, beans/legumes, nuts and seeds, and mushrooms (though they are not technically classified as plants).

Whole foods plant-based food consists mainly of plant food in its ‘original’, minimally processed state in order to preserve all the nutrients. Fruits and veggies fresh from the market. Cooking your meals from scratch as much as possible. Or eating raw of course.

WFPB are looking for the most nutrient dense food options. So in this diet you might eat potatoes but no crisps because they are processed. Yes to corn but no to corn flakes. It might also mean that you are not eating any oil – even though oil is mainly derived from plants, it is still ‘derived’ hence processed. In this diet you will also avoid eating any kind of refined sugars.

There is not really a prescription for honey here: some WFPB eaters eat it, others don’t.

Then, the last one, that not everyone may be as familiar with: ayurvedic nutrition.

Ayurveda advocates organic food and whole foods, but is not necessarily vegan or purely plant-based.

Read more: What is ayurveda?

Every food is considered to have certain qualities and what is good for one can be bad for someone else. For some that means a raw diet will be recommended; for others quite the opposite: only warm, cooked meals!

Most of the time the ayurvedic dietary recommendations made are vegetarian based, but under certain circumstances ayurveda will recommend bone broth or small amounts of meat.

Milk and ghee (clarified butter) have prominent places in ayurveda both in diet as well as in therapeutic use (skincare, medicinal and for massage or other therapies). However, milk has to be raw (unprocessed) and organic before it is considered useful.

Honey is considered a health food, but only if taken raw (never heated). Recent science has backed this recommendation.

I hope that clarifies it a bit for you. What are you leaning most to: vegan, plant-based or ayurvedic? :) 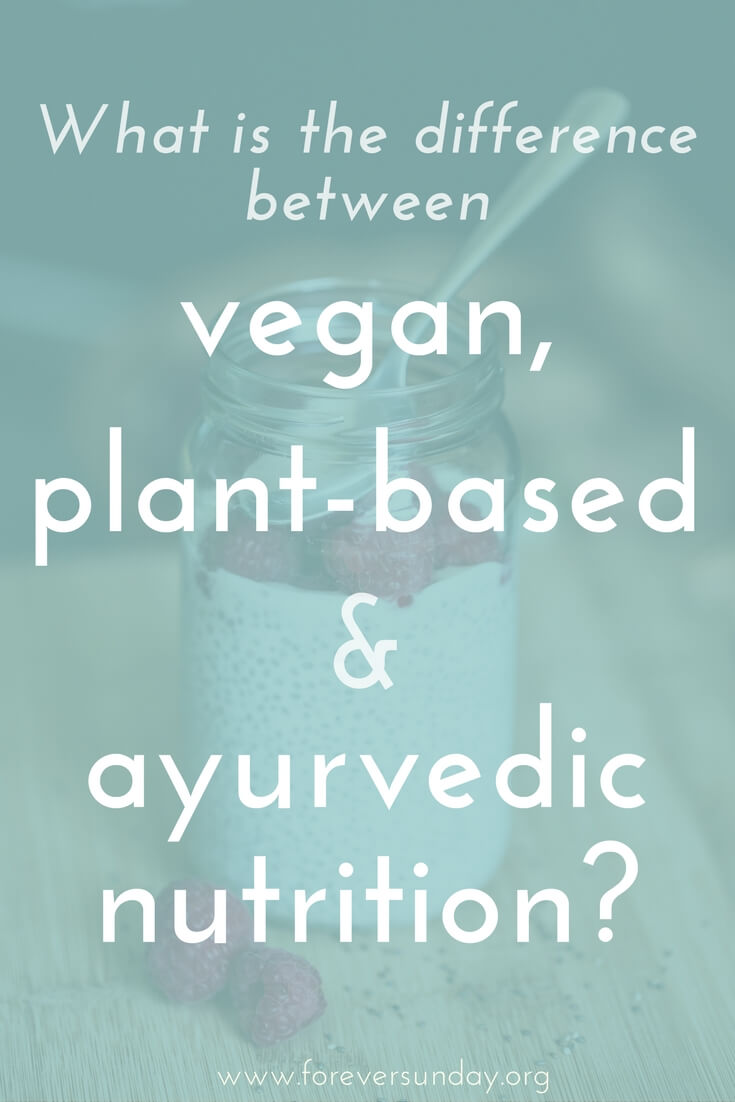 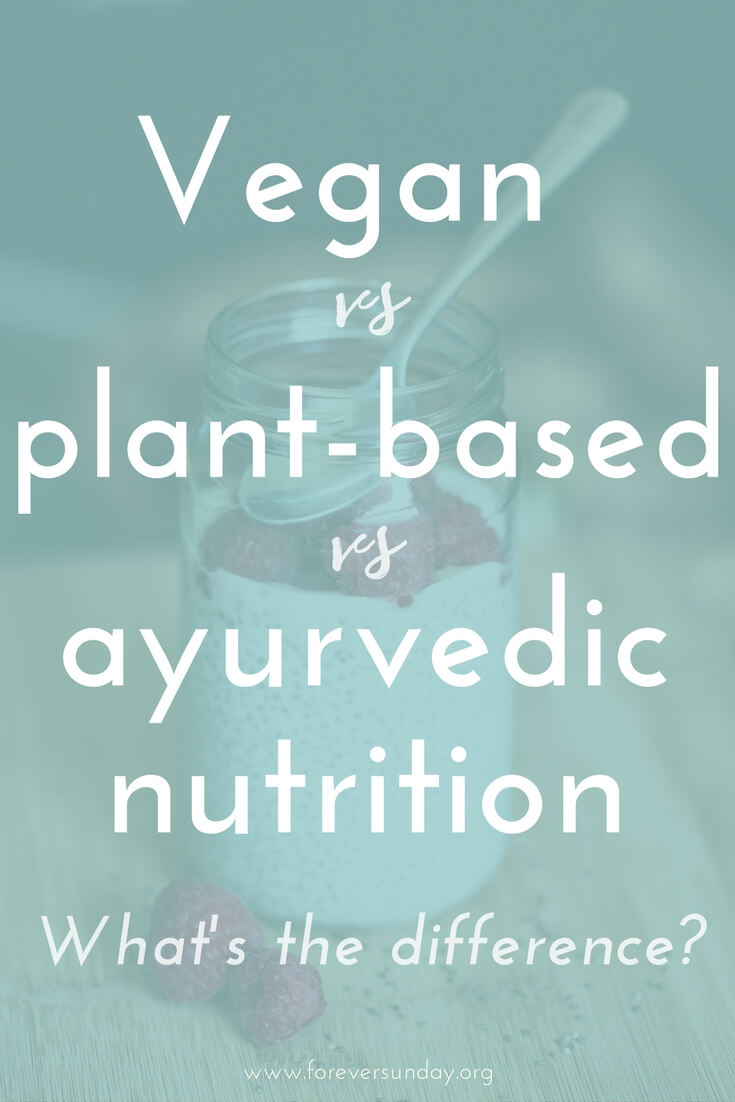 Vegan vs plant-based vs ayurvedic food