I have to admit: I’m not really a tennis lover. I rarely follow competitions on TV and I am always more inclined to playing sports myself rather than watching it. I am the proud owner of a squash racket and a badminton racket, but not a tennis racket. I enjoy being outside a lot and tennis really is the more sensible outdoor sport compared to badminton in not so windstill Belgium… But I just feel I cannot learn to handle another racket properly.
So when people were asking me if we would be going to the Australian Open since we were near Melbourne anyway, I wasn’t immediately convinced. But hey, why not, and there are two other opinions to be reckoned with, so we decided to go. We found out there was still a Belgian player in the competition – Yanina Wickmayer – and bought tickets for the day. 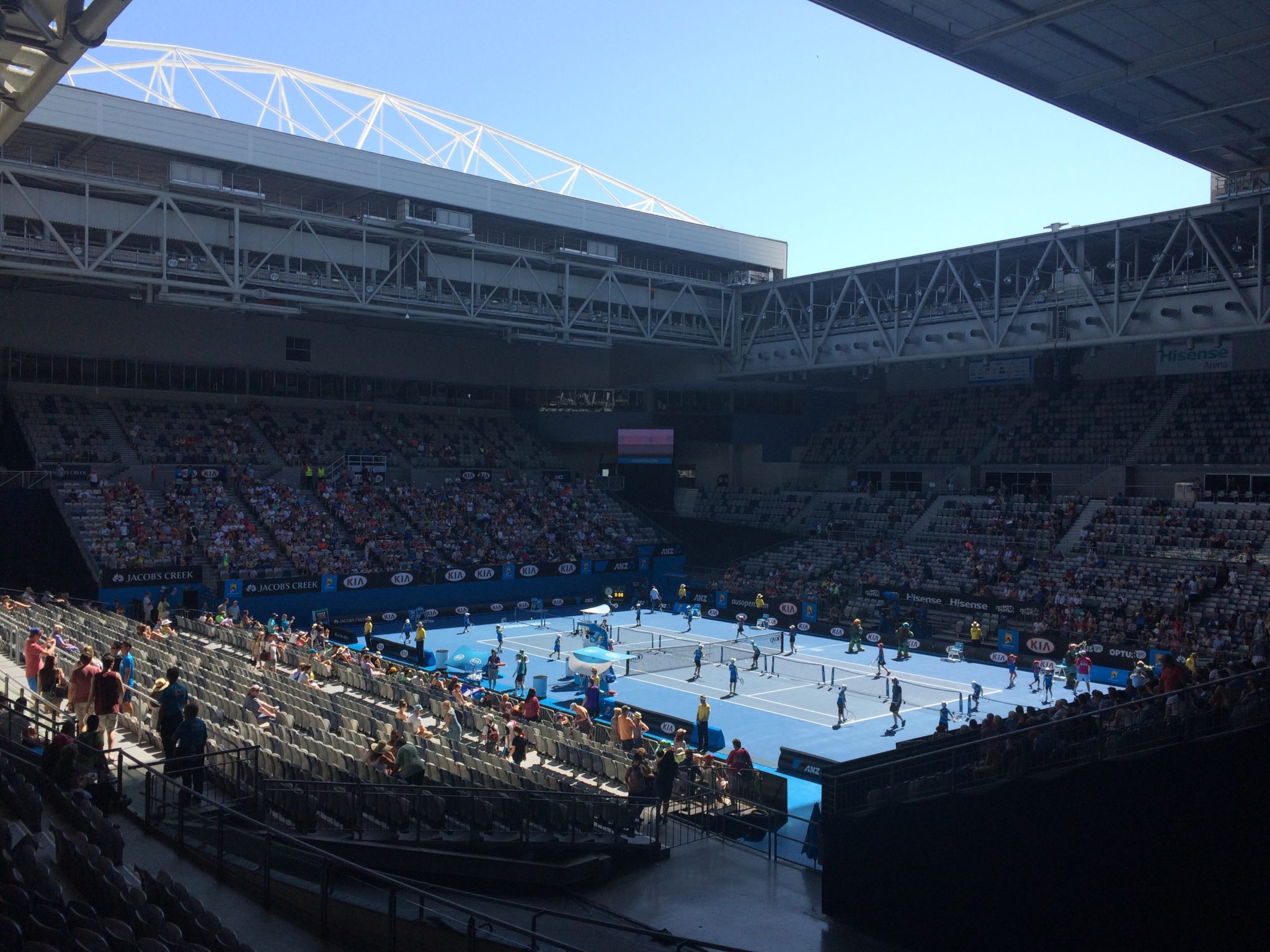 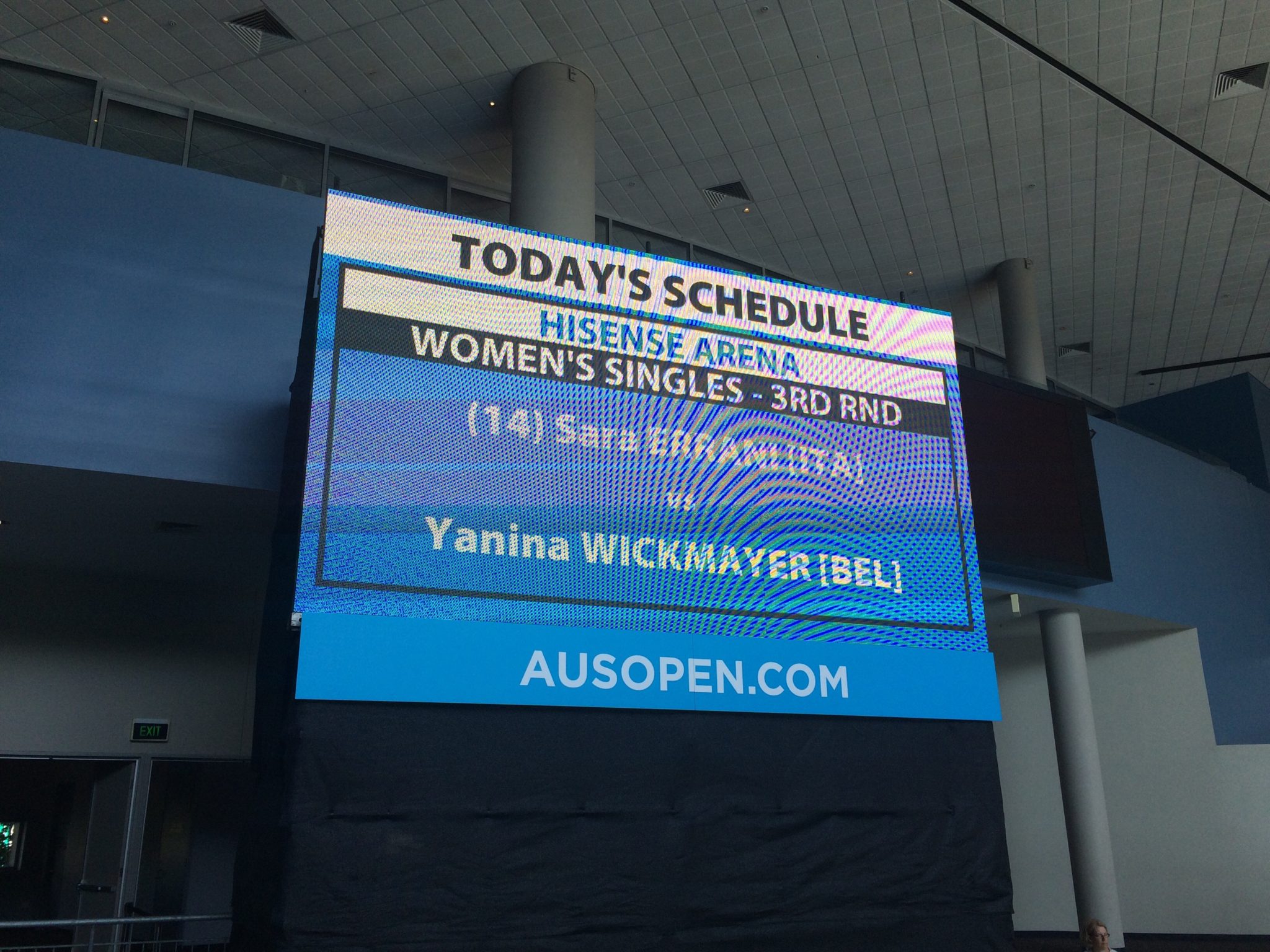 What an event! It’s so massive, and organised like a festival. There are food stalls, games, merchandising shops (no Belgian flags, unfortunately), and lots of courts and arenas. In the Hisense arena where Wickmayer would play Errani (from Italy), we tried to find seats out of the sunlight, but in sight of the cameras, as we knew my parents in Belgium would stay up to watch the game also. (We thought it would be funny if they could see us on the telly. Alas, I don’t think we were spectacular enough). 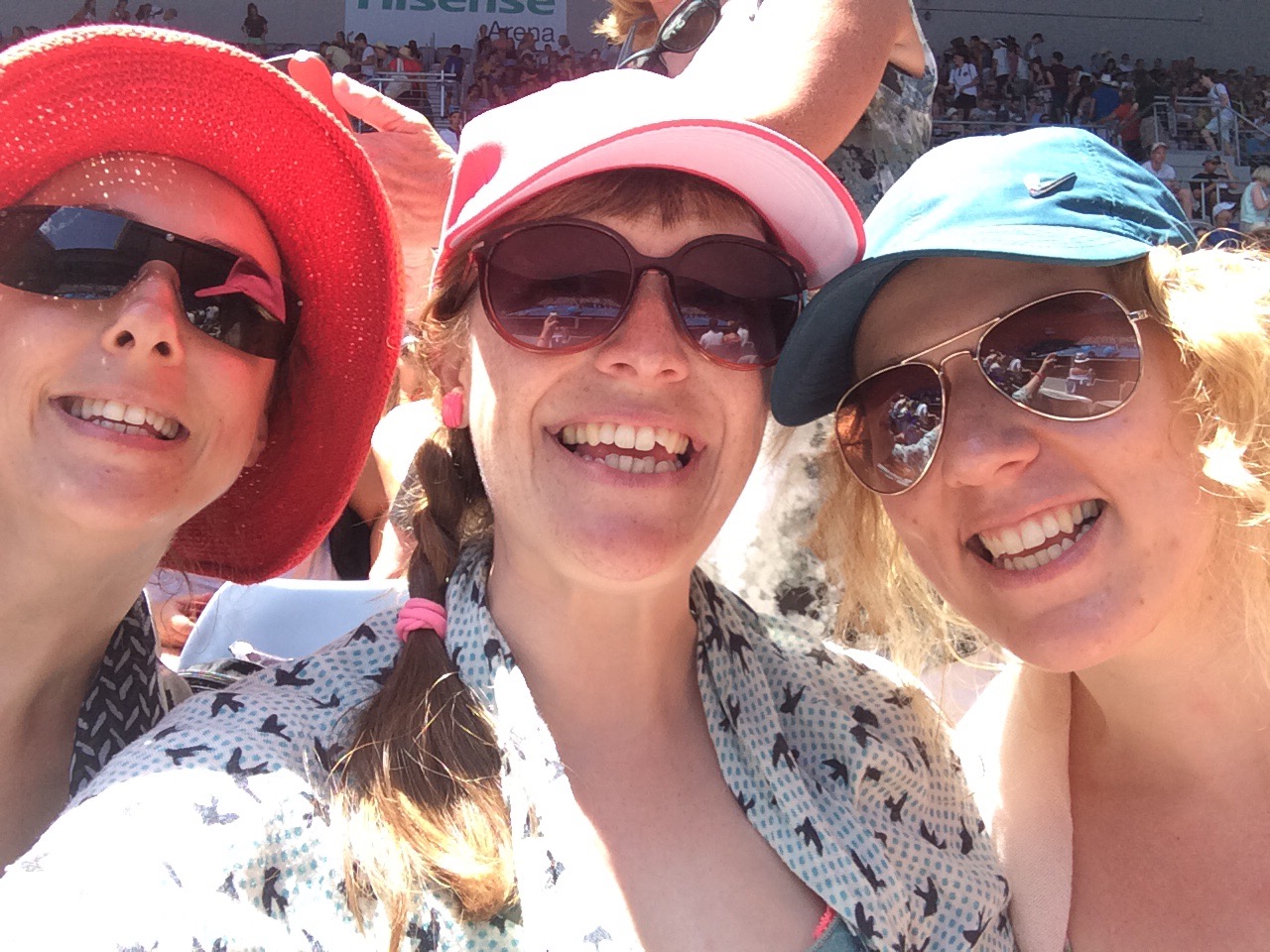 After my friends explained the rules of the game (again), the competition started. The atmosphere in the arena was quiet and formal at first. The crowd seemed mostly Australian, only a few Belgian and Italian flags were flying. As the game developed into a proper thriller, people were growing more and more enthusiastic and cheering (mainly ;-) ) for Yanina. She was proper fighting for it too! The stadium exploded when she finally won, it was awesome!

In the afternoon we watched a doubles match, again with Yanina Wickmayer (BE) and Kirsten Flipkens (also BE). And we went to see Nadal practicing. For someone who’s not that into tennis, it was a great day!

We didn’t get tickets for Wickmayer’s following match, but went to Melbourne’s Federation Square where the games are shown on big screen, free lounge chairs are provided and everyone’s really laid back, enjoying the view. A good and cheap alternative if you’ve suddenly become a tennis-crazed backpacker! :-)